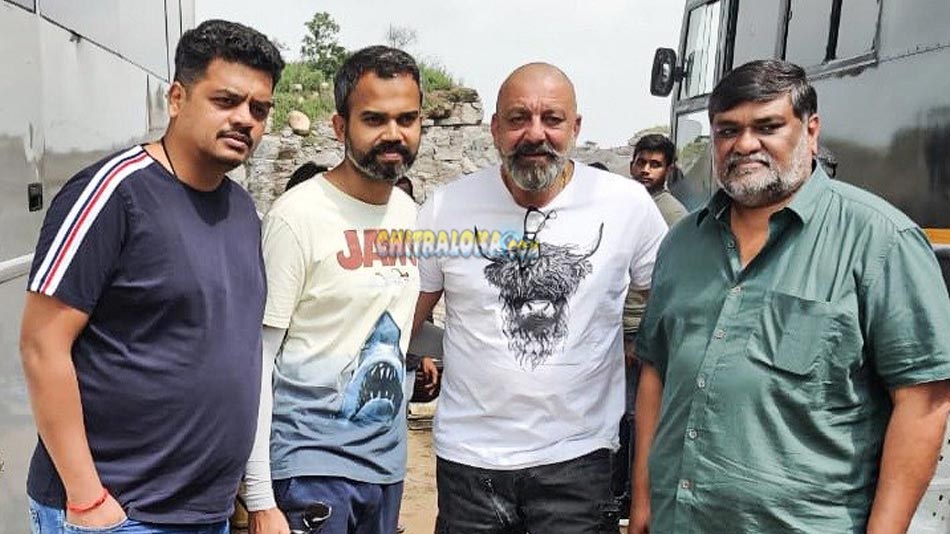 The 'Khalnayak' of Bollywood, Sanjay Dutt has joined the sets of Sandalwood's most anticipated movie of the decade - second chapter of the mega blockbuster KGF, directed by Prashanth Neel, starring Rocking Star Yash.

Sanjay Dutt who plays the role of 'Adheera', has commenced shooting in Hyderabad where a huge set for the movie has been erected by the Hombale Films.

While welcoming Sanjay Dutt, the director who is all excited, has shared photos with Munna Bhai MBBS actor from the sets, saying, " Once Upon A Time … Adheera. Let's see how this epic story ends."