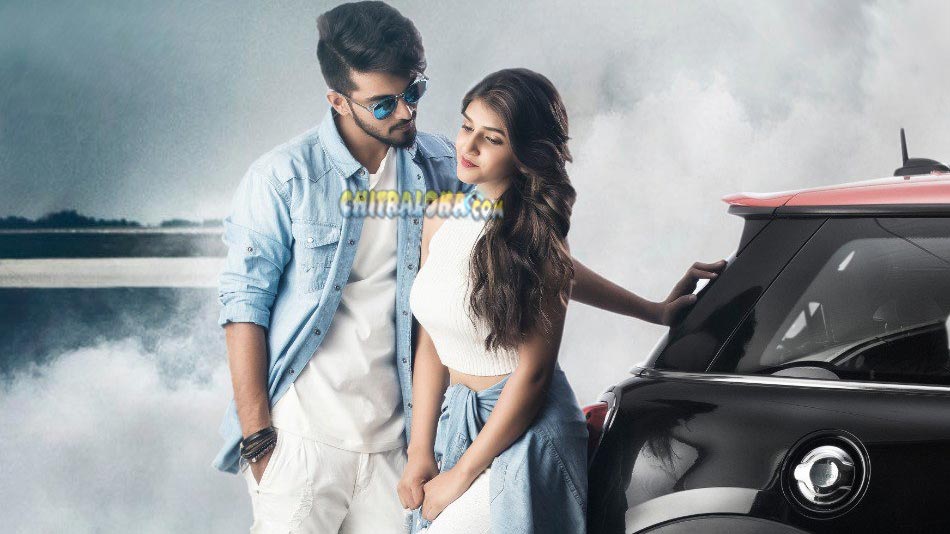 Popular director A P Arjun returns after a gap of three years with a 'Kiss'. Plus, he has produced the Kiss too, which is set to hit the screens from September 27.

The lyricist, director and producer, is introducing two new talents - Viraat and Sreeleela to the industry with Kiss. While Viraat was seen in the popular Kannada tele-serial 'Jothe Jotheyali', the other debutant, Sreeleela is fresh out of college. The two actors have worked hard for over a year, taking various classes before facing the camera for Arjun's Kiss.

Though Arjun started Kiss as a director, circumstances led him to  become producer for it. He explains that he wanted to produce a film along with direction someday but situation made it happen a bit quicker.

Apart from producing and directing Kiss, Arjun has penned all the songs for the movie which is composed by Harikrishna. Of all the songs, Harikrishna's son Aadi has composed one for the Kiss. The director believes that his three years of his hard work to make Kiss a better experience will definitely be appreciated by the audience.

Do not miss the kiss, which hits the theater this week from September 27.