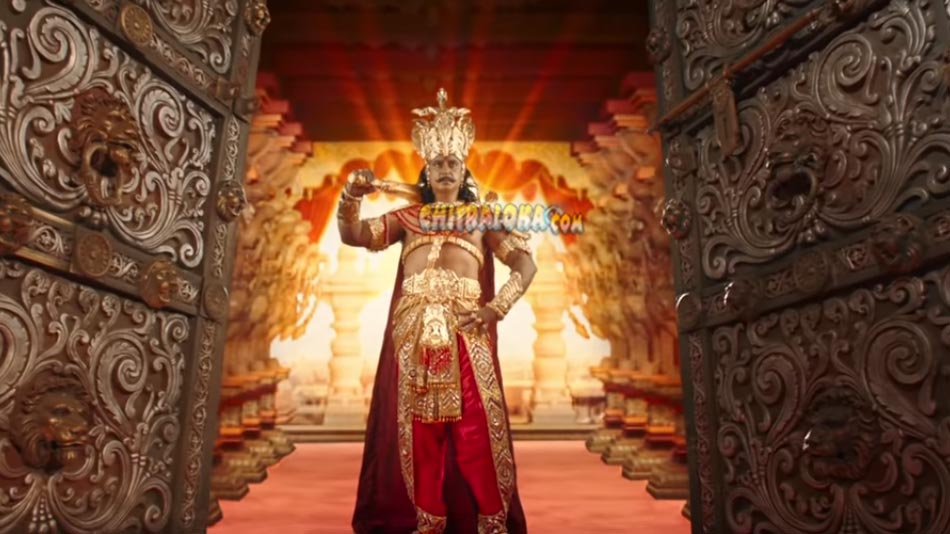 Darshan starrer 'Kurukshetra' which was released on the 09th of August is all set to complete 50 days soon. Meanwhile, the 'Saaho Re Saaho' video song has been released in the Lahari Music channel of You Tube.

'Saaho Re Saaho' is the introduction song of Duryodhana played by Darshan. The film starts with that song and is one of the popular numbers of the film. To mark the success of the film, the song has been released in the Lahari Music channel.

'Kurukshetra' is based on Mahabharatha and the film stars Darshan, Arjun Sarja, Ravichandran, Ambarish, Nikhil Kumar, Shashikumar, Sonu Sood, Haripriya, Meghana Raj, Haripriya, Srinivasamurthy, Bharathi Vishnuvardhan, Sneha, Srinath and others in prominent roles. Naganna is the director, while Muniratna is the producer.