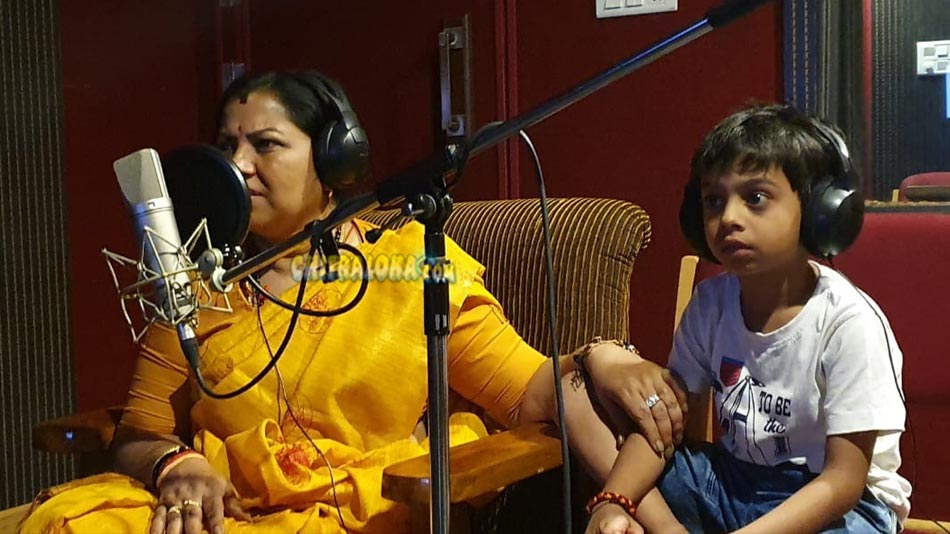 Tara with her son Srikrishna

Popular actress, politician Tara and cinematographer Venu's son Srikrishna is set to make his debut as a child artiste in the film starring Chiranjeevi Sarja.

Srikrishna will be seen in the film Shivarjuna, for which he has dubbed his own voice for the character he plays in it. Shivarjuna is being produced by MB Manjula under Nischitha combines, and directed by Shiv Tej featuring Chiranjeevi Sarja, Ravi Kishan, Sadhu Kokila and others.

Several sons and daughters of popular actors and filmmakers have made their debut as child artists in the recent past which includes the son Challenging Star Darshan, Rakshita and Prem, Nenapirali Prem, and daughters of Golden star Ganesh and Real star Upendra. Duniya Vijay's son Samrat is also set to make his debut in Kushti.