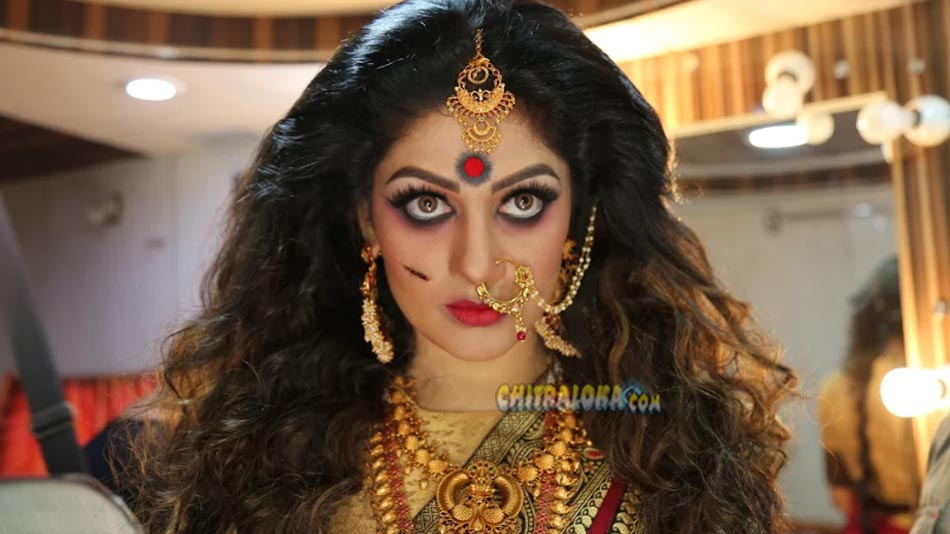 The shooting for Radhika Kumaraswamy starrer 'Damayanthi' is already complete and the post production of the film is in full swing. Meanwhile, the team is planning to release the teaser of the film on the 18th of September.

'Damayanthi' is an horror-thriller with Radhika having three different shades for her role. Actor-distributor Navarasan has not only scripted and directed the film, but also has produced the film. The film will be released in Kannada, Tamil, Telugu, Malayalam and Hindi languages simultaneously. The film is likely to be released in the month of October.

'Damayanthi' stars Radhika Kumaraswamy, Sadhu Kokila, Naveen Krishna, Mitra, Tabala Nani, Honnavalli Krishna, Veena Sundar and others in prominent roles. P K H Doss is the cameraman, while Ganesh Narayan is the music director. The film has been shot in Bangalore, Hyderabad and other places for 67 days.