Darshan Releases The First Look And teaser Of 'Bumper' 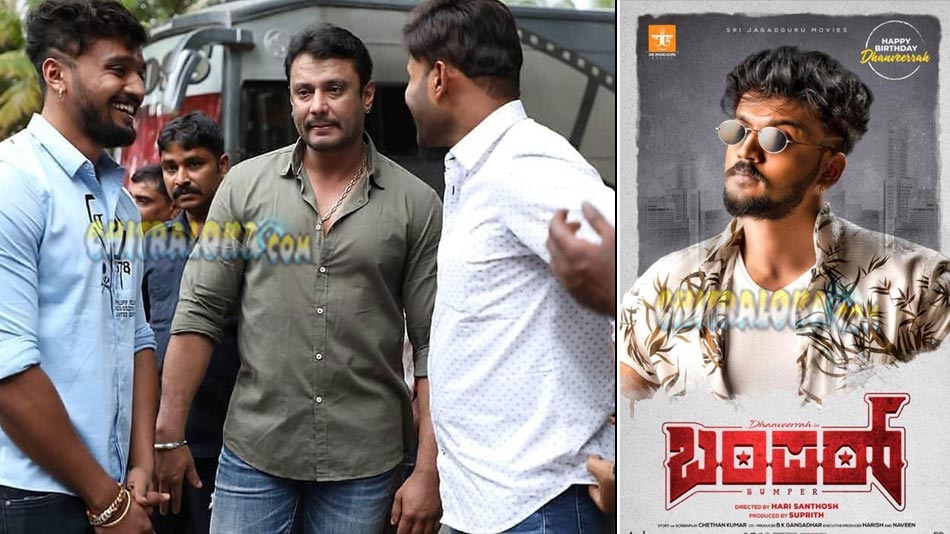 Challenging Star' Darshan on Sunday released the first look and teaser of Dhanveer's second film 'Bumper' and has wished super success to the team.

Danveer on Sunday celebrated his birthday on the occasion of his birthday, the first look and teaser was released. The team visited Darshan who was busy shooting for his latest film 'Robert'. Darshan who has always been supporting the actor, released the first look and teaser of the film and wished him huge success. Santhu, Tarun Sudhir, Chethan Kumar, Supreeth, Karisubbu annd others were present at the occasion.

'Bumper' is being produced by Supreeth and directed by Santhu who is currently busy with the post production of his new film 'Bichchugatti'. Chethan Kumar of 'Bharaate' fame has written the story, screenplay and dialogues for the film. Nakul Abhayankar is the music composer.