The Real Reason About 'Robert's' Silence 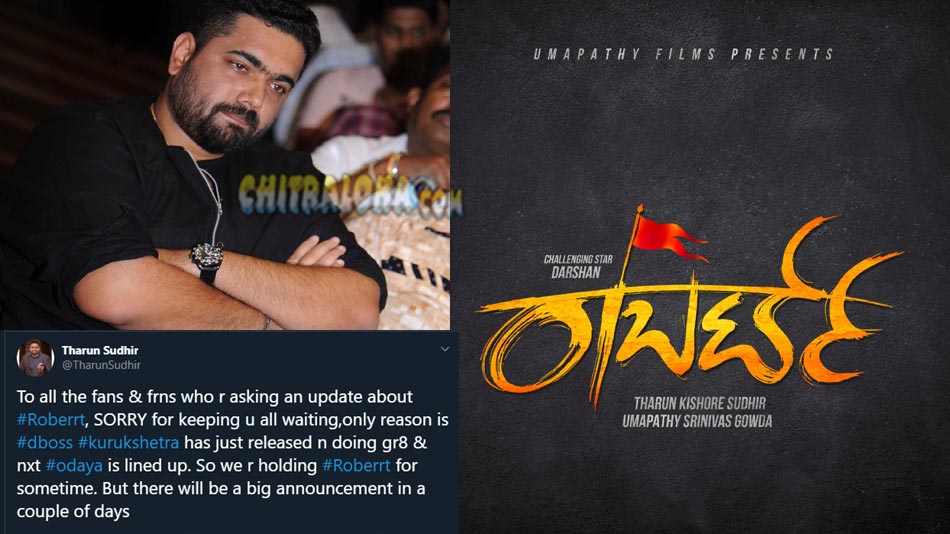 The shooting for Darshan starrer 'Robert' is in progress. The fans are asking about updates of the film, but the team is not ready to make big news due to various reasons. Now director Tharun Dudhir has given the real reasons for the team's silence.

Tarun on Monday gave the real reasons through his Twitter account. 'To all the fans and friends who are asking for an update about the film, sorry for keeping you all waiting. Only reason is 'Kurukshetra' has just released and doing great and next 'Odeya' is lined up. So, we are holding 'Robert' for sometime. There will be a big announcement in a couple of days' tweeted Tharun.