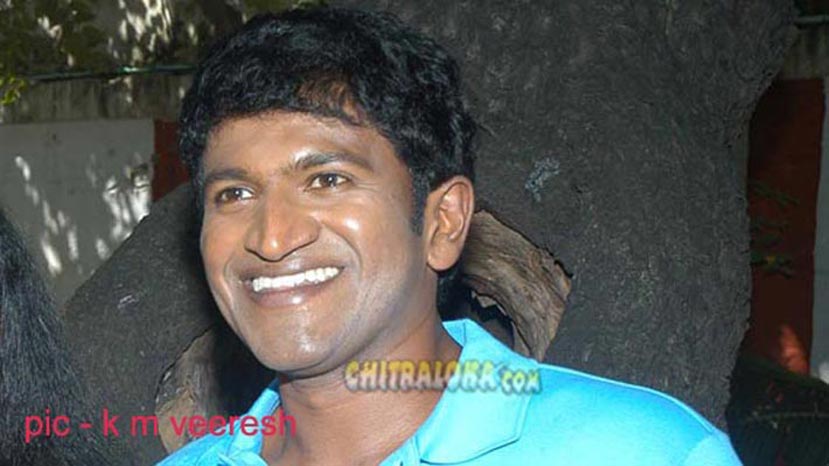 Kannada super star Puneet Raj Kumar has been trying out new mehtods to promote his films and this innovative ideas are really catching up with the young and peppy crowd who have been the ardent fans of the actor. On Sunday, Puneet was seen at Big Bazaar - Banashankari where he participated in an promotion event of Prithvi directed by Jacob Varghese and produced by Soorappa Babu and N.S. Raj Kumar.

Many people who had come to Banashankari were little surprised to see their favourite star asking questions to them and handing over them an autographed audio album after getting the correct answer. This was a special bonus for them.

Puneet had also engaged in a conversation with his fans to test their ability to sing some popular songs of his films. He asked many questions to his fans and was liberal in giving an audio even if their answers came very near to the correct answers.

Puneet is a darling of the children was amply proved after seeing the crowd which consisted of family audience who had brought in their children. The entire function was held at the third floor of Big Bazaar complex.