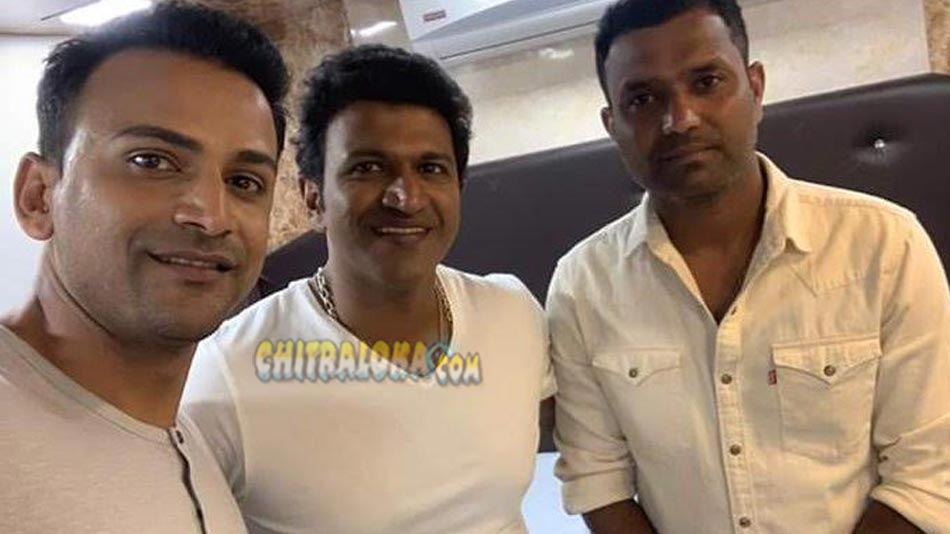 Actor Dhananjay is on a signing spree these days. The actors is currently busy with projects like 'Yuvaratna', 'Daali', 'Totapuri', 'Salaga' and others. Now the actor has signed yet another film called 'Badava Rascal' being directed by debutante Shankar.

'Badava Rascal' is all set to be launched on the 23rd of August at the Bandi Mahakali Temple in Gavipuram in Bangalore. Dhananjay along with the producer recently met Puneeth Rajakumar and invited him to launch the film. Puneeth will be coming over to the launch off 'Badava Rascal' and will be sounding the clap for the film.

Shankar is a protege of director Guruprasad and has worked for films like 'Eradane Sala' and 'Directors Special'. Shankar has written the story and screenplay for this commercial entertainer. Gujjal Purushottam who co-produced 'Tagaru' is producing the film. Amrutha Iyengar is the heroine.dhan