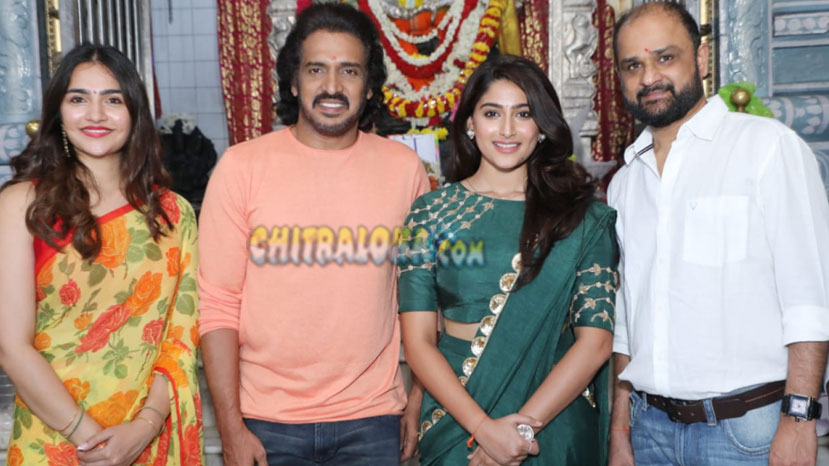 Upendra's new film to be directed by well known director Shashank was launched on Independence Day at the Panchamukhi Ganapathi Temple in Mahalakshmi Layout in Bangalore.

Shashank was supposed to direct Upendra's film long back. However, the film could not go on floors due to various reasons. Now the time has finally arrived and the film has been launched in a simple affair. Shashank's daughter sounded the clap for the first shot of the film.

Shashank himself is producing the film apart from scripting and directing it. This is his second production after 'Thayige Thakka Maga'. Nishvika Naidu and Rukmini of 'Birbal' fame are the heroines. Sugnan is the cinematographer, while Arjun Janya is the music composer.

The first look and the title of the film will be unveiled on Upendra's birthday on the 18th of September.