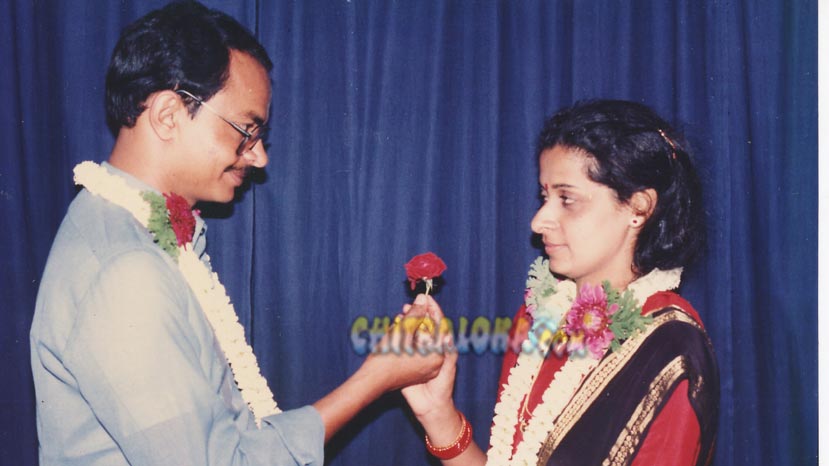 On this day, 33 years ago, noted Indian filmmaker and writer Nagathihalli Chandrashekar happily lost his 'independence' by entering into wedlock with his better half Shobha.

The national award winning filmmaker's unique invitation was much talked-about back then. It reads: We are happily losing our 'Independence' on the Independence Day, the 15 August 1986 by wedlock at conference Hall, State Youth Centre, Nrupathunga Road.

The director of Undu Hoda Kondu Hoda, America America, Kotreshi Kanasu amongst others is held in high regards for his exemplary work in films, as a teacher and for his other social activities. He runs Tent Cinema, a school where thousands of aspiring talents have emerged from the institution.

His latest, India Vs. England with the tagline but not cricket which is extensively shot in Britain is inching towards release.

Chitraloka wishes the beautiful couple, a happy wedding anniversary for having happily lost their independence for a successful 33 years.