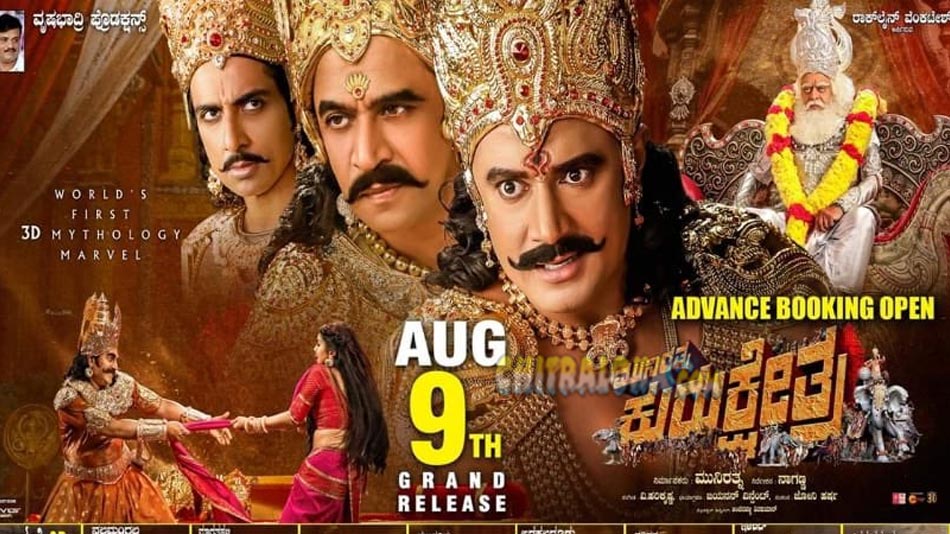 Darshan starrer 'Kurukshetra' is all set to release on the auspicious day of the Varamahalakshmi festival (August 09th). The film will be released in 2D and 3D versions simultaneously and the advance booking for the film has already been started in many theaters across Karnataka.

Well known producer Muniratna who had produced films like 'Raktha Kanneeru', 'Anatharu', 'Katariveera Surasundarangi' is back producing this film after a long gap. The film directed by senior director Naganna. V Harikrishna is the music director.