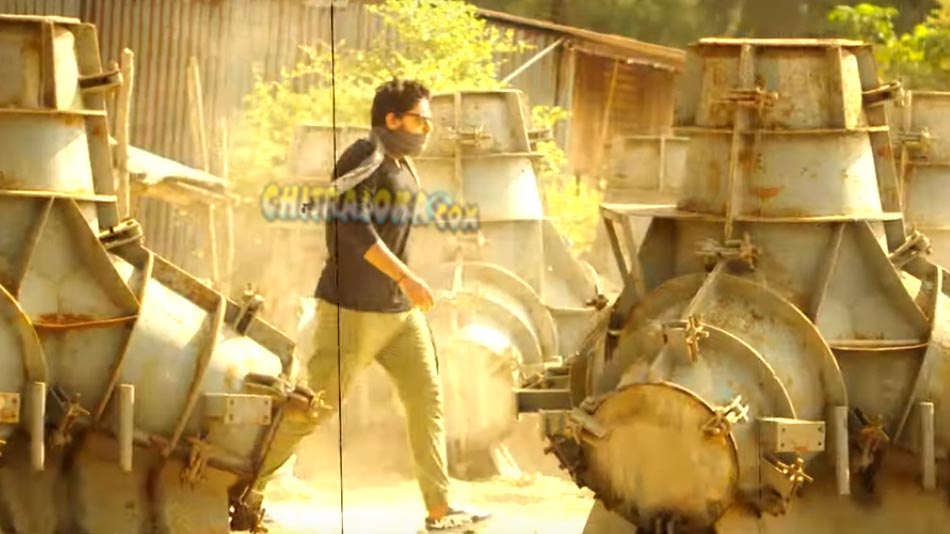 A Longest 2K teaser of Prajwal starrer 'Arjun Gowda' was released on 7 PM in the You Tube channel of Anand Audio.The teaser which is of 1 minute, 57 seconds duration has already got one lakh views in just 12 hours.

'Arjun Gowda/  is not inspired nor is a remake of Telugu hit 'Arjun Reddy'. The film is an commercial thriller with lots of action elements in it. The film stars Prajwal, Priyanka Thimmesh, Dinesh Mangalore, Deepak Shetty, Yamuna Srinidhi, Aravind Rao and others in prominent roles.

'Arjun Gowda' is being produced by senior producer Ramu under Ramu Films. The film is written and directed by Lucky Shankar. Dharma Vish is the music director, while Jai Anand is the cinematographer.