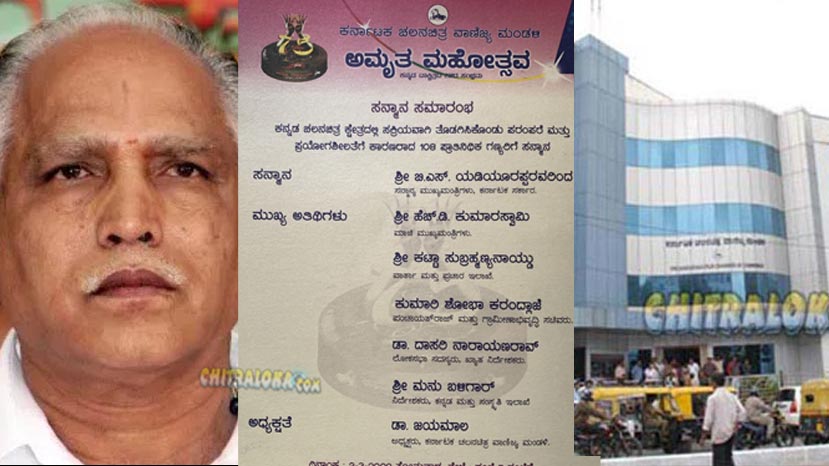 BSY (then Cm) Chief Guest for Amrutha Mahotsava in 2009

The year 2009 marked the milestone of Kannada Film Industry when it turned 75. Following the special occasion, the industry held a grand event 'Amruta Mahotsava'. The main chief guest of the function which was held for three days was none other than B.S.Yediyurappa, who took oath as the 22 Chief Minister of Karnataka on Friday.

Coincidentally, a decade later, the current year - 2019 marks the diamond jubilee of Karnataka Film Chamber of Commerce (KFCC). Guess who is going to be the chief guest on the occasion when the film's body is gearing up to hold a mega event for completing 75 years? It is again going to be none other than Mr. Yediyurappa! Ironically, the Chief Minister is also in his 70s and had turned 76 in February.

The Amrutha Mahotsava, organised by KFCC, was conducted in March 2009. Renowned producer Parvathamma Rajkumar had inaugurated the ceremony which was held for three days. Former minister Dr. Jayamala was the KFCC President during the Amrutha Mahotsava' event. 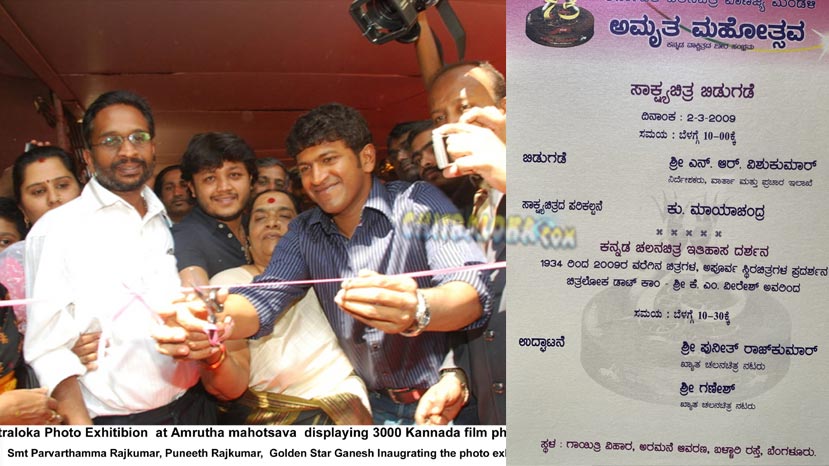