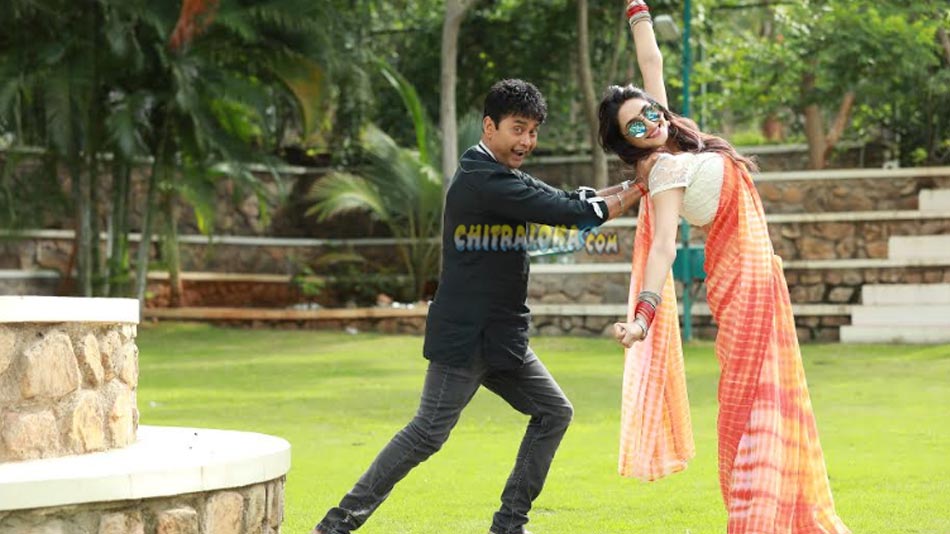 Shot predominantly in the U.S., star comedy hero Sharan's next 'Adhyaksha in America' directed by Yoganand Muddanna is inching towards release in the coming weeks. The team is all geared up for the launch of the teaser today following which the makers are expected to announce the release date.

Apart from Sharan, it features Ragini Dwivedi, Disha Pandey and others in the lead. Made under the banner of People Media Factory, it is produced by an NRI investor, T G Vishwaprasad with Vivek Kuchibotla as co-producer.

This one marks the directorial debut of dialogue writer Yoganand Muddanna. Ragini who has shared the screen with Sharan in the past for special numbers will be seen in a different avatar for this one. V Harikrishna has scored music for this comedy made in the U.S.