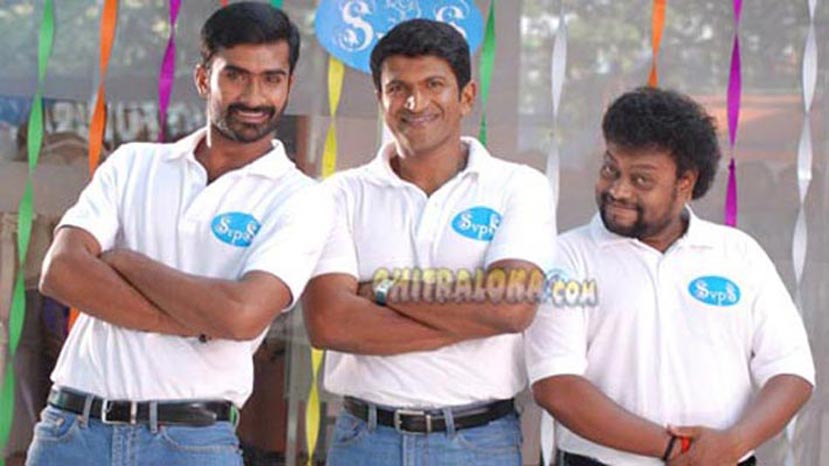 Puneet Rajkumar has started dubbing for "Yaare Koogadali" in Akash Recording Studios. The film directed by Tamil director Samuththira Kani is a remake of Tamil Hit "Poraali'. Yogish, Bhavna and Sindhu Lokanath are playing other important roles in the film.

Incidentally, the entire shooting of the film has been completed recently and dubbing work of other artists has been done already.

Hari Krishna is the music director of this film. Incidentally, director Samuththira Kani's another story seems to have impressed the Power Star and the film on this subject may materialize sometime in future. Puneet is all set to work in a film to be made by Company Films of Kanakapura Sreenivas and K.P.Srikanth.