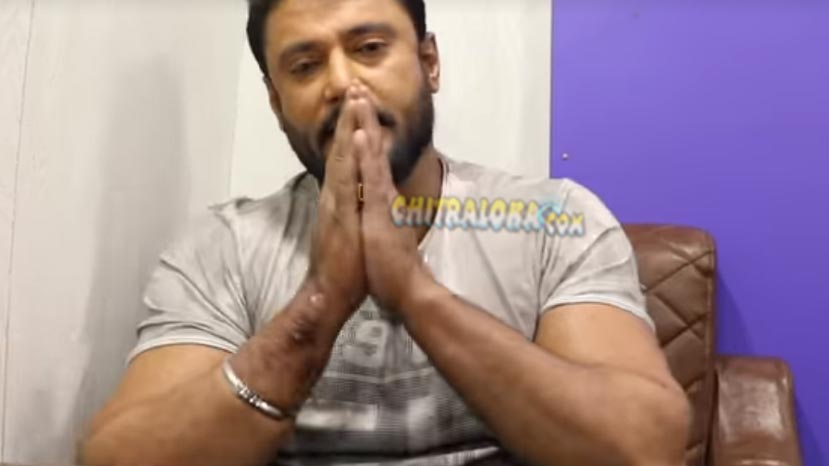 Millions of Challenging Star Darshan fans who were glued to their facebook, awaiting for their favourite actor, whom they refer to as 'd Boss' for his open challenge to another celebrity, have been stumped with a humble request.

Darshan, in a short live video, has requested his fans, whom he refers to as real 'celebrities', to not involve in any fights over the recent developments with regard to Kurukshetra film and has urged them to support the film.

"For me my fans are the biggest celebrities. Making a film like Kurukshetra is a challenge of its own kind, and stalwarts such as Appaji (Ambareesh), Ravi sir, Arjun Sarja, Srinivas Murthy uncle, Nikhil and many more have acted in this one. I request none of you to fight over photos of an actor or cutout missing in the film publicity. I urge all of you to see it along with family the movie and the iconic mythological characters, and this is my challenge to each of you without getting into any other aspects," Darshan signs off.