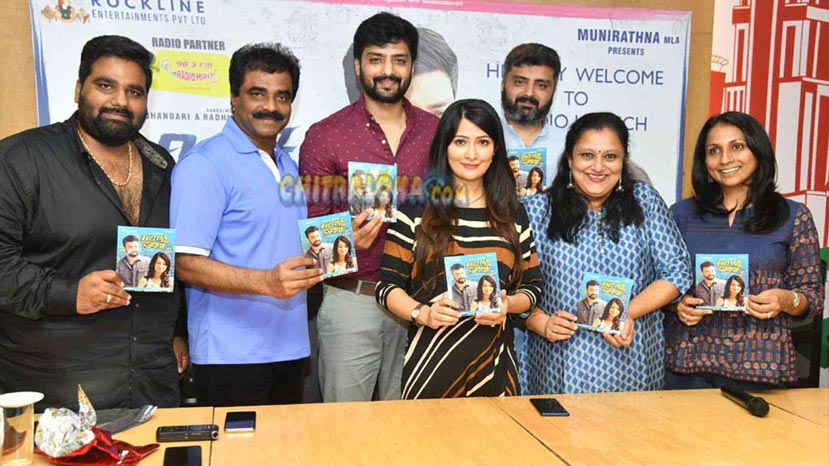 Radhika Pandith's comeback film after marriage, 'Adilakshmi Purana' is all set for release in July. Meanwhile, the songs of the film was released recently at Radio Mirchi office in Bangalore.

Nirup Bhandari plays the role of an investigative journalist in the film. The film stars Tara, Suchendra Prasad, Joe Simon, Yash Shetty and others in prominent roles.