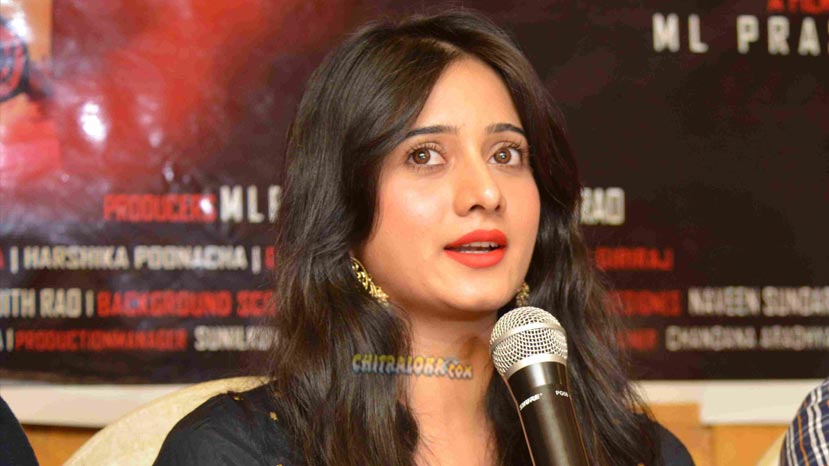 Following minister Sa Ra Mahesh asking who Harshika Poonacha is after she questioned the lack of quality with regard to model houses built for the victims of Kodagu floods, the actress has clarified, hitting hard against the minister saying that she has all the rights to question the action of the state government and especially she being a proud Kodava.

"I am being criticized for talking reality. I just expressed my views at an event in Mysuru on Saturday after looking at the standards of the model houses built for the flood victims in Kodagu district. I am also a qualified engineer with excellent academic record. As a citizen, I have all the rights to express my views and also to seek justice. All I urged was better facilities," says Harshika.

On the minister Mahesh, who is in charge of Kodagu district, dismissing her views by asking who she is, Harshika says that it is not right to undermine someone's view just because he/she belongs to the entertainment industry. "Even Mrs. Smriti Irani, the present Union Minister once belonged to the same Industry, and moreover recently film actors have proved their worth in the recently held Mandya Lok Sabha Election," she adds.

In a video statement, released by the actress, she has urged for an emergency hospital in the district for which she has been campaigning through various platforms for a while.