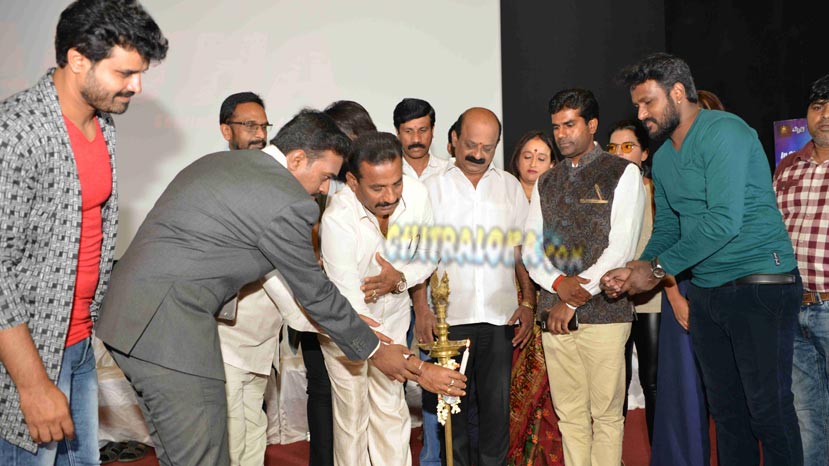 Haftha movie is creating a buzz in the Kannada film industry from the beginning, be its title or the making. Trailer of the movie was launched at Chamundeshwari studios The movie is all set to release on 21st June.

Dr HM Krishnamurthy appreciated the trailer and its making, Ba Ma Harish wished the team and KM Veeresh advised the producer about persons in the name of Book My Show exploiting the money for fake rating and voting inspite of Book My show warning.

Haftha movie is produced by Maitri Manjunath, Balaraj TC Palya and is directed by debutant director Prakash Hebbala. Vardhan who had acted in couple of movies is making his debut as a full fledged hero. Raghav Naag, Bimbashree, Neenasam, Soumya Thithira are the other share the screen space.

Haftha is an underworld movie and Vardhan is seen in a transgender character also.