` Sudeep Thanks All For The Wonderful Response For 'Pailwan' - chitraloka.com | Kannada Movie News, Reviews | Image

Sudeep Thanks All For The Wonderful Response For 'Pailwan' 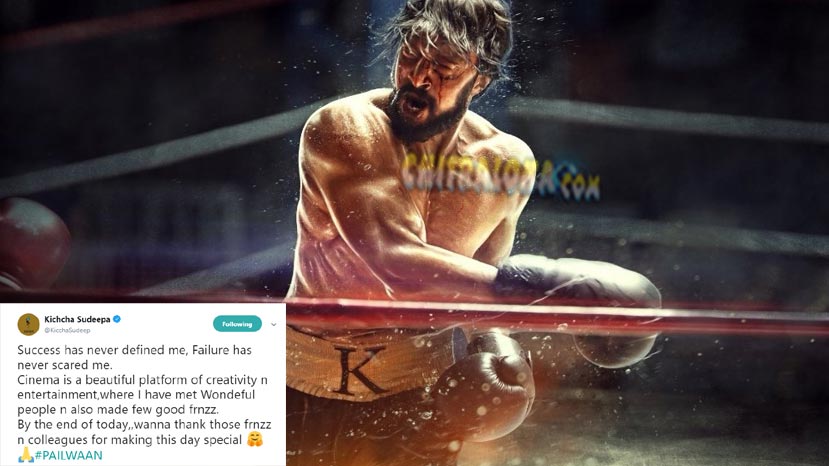 The boxing poster of Sudeep starrer 'Phailwan' was released on Tuesday and within minutes of the release, the poster became a sensational hit. Celebrities from not only from Kannada film industry, but also other film industries have been appreciating the effort of the team. Sudeep who is overwhelmed by all this has thanked all for the response he has got for 'Phailwan'.

Sudeep in his twitter account has thanked one and all for standing behind him and making this day special.

'Success has never defined me. Failure has never scared me. Cinema is a beautiful platform of creativity and entertainment, where I have met wonderful people and also made few good friends. By the end of today, want to thank those friends and colleagues for making this day special' tweeted Sudeep.