Can Industry Sustain Such A Clash At Box-Office? 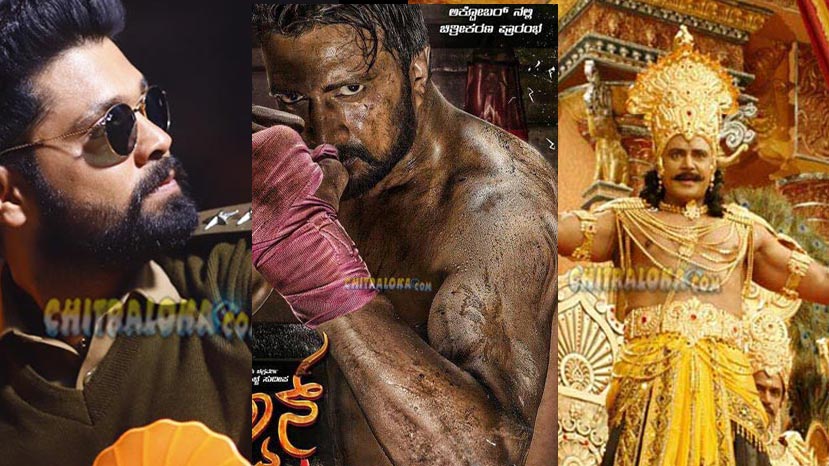 Two big films including Shivarajakumar's 'Rustom' and Upendra's 'I Love You' is all set to release on the 14th of June. After that, Sudeep starrer 'Phailwan', Rakshith Shetty starrer 'Avane Srimannarayana' and Darshan starrer 'Kurukshetra' is said to release on the 09th of August. With so many big films releasing on the same day, can the Kannada film industry sustain such a big clash is the question on everybody's lips.

With big budget or high profile films releasing on the same day, there are many problems concerning the film industry. One of the main problem is the availability of theaters. As there will be huge hype on all the big releases, audience will also be confused about seeing which film first and which next. If a film gets not such a good report in the first show then it would be dangerous for the film because film buffs who want to watch the film later may completely avoid the film. These problems may effect not one, but all the three films.

To avoid all these complications, many producers have postponed their films and waited for smooth release. This time also, industry bigwigs are working out to avoid the clash of big films at the box-office particularly on the 09th of August. Among the three, the release date of 'Phailwan' was announced first, followed by 'Avane Srimannarayana' and 'Kurukshetra'. It has to been seen in the coming days, whether one or two three films avoid competition and settle for a later or earlier date or all the three films release on the same day.