20 Crores Business Even Before Release Of 'Kurukshetra' 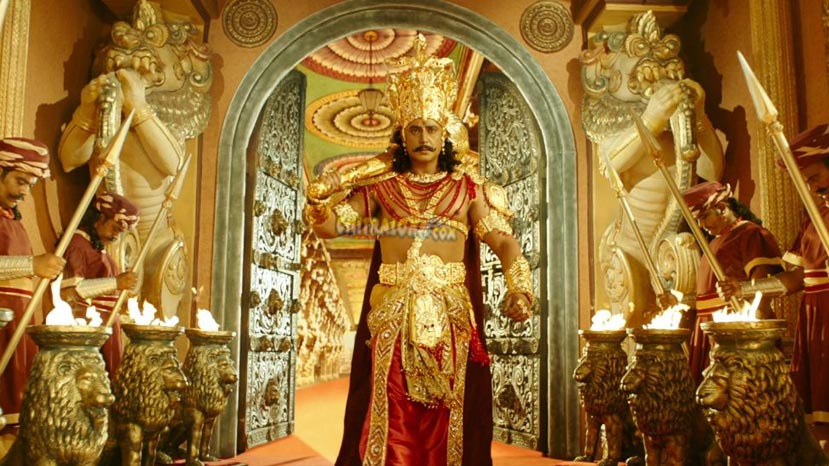 Darshan starrer 'Kurukshetra' will be releasing on the 09th of August across India not only in five different languages, but also in 2D and 3D versions. Even before the release, the big budget film has done 20 crores business so far.

'Kurukshetra' is one of the costliest film of Kannada and the budget is said to be more than 50 crores. But producer Muniratna has recovered 20 crores even before the release. The producer himeself has said that the satellite rights and the Hindi dubbing rights of the film has been sold for 9.5 crores each. The audio rights has been sold for 1.5 crores. The total business from these three rights itself amounts to 20 crores. With the distribution and other rights left, the high profile film is sure not only to be safe, but also rake in huge profits to the producer.

'Kurukshetra' is based on the Mahabharatha and Darshan has played the role of Duryodhana, while Ravichandran is seen in the role of Krishna in this film. Apart from that Ambarish, Srinivasamurthy, Nikhil Kumar, Shashikumar, Sonu Sood, Ravishankar, Srinath, Haripriya and others are play prominent roles in the film.