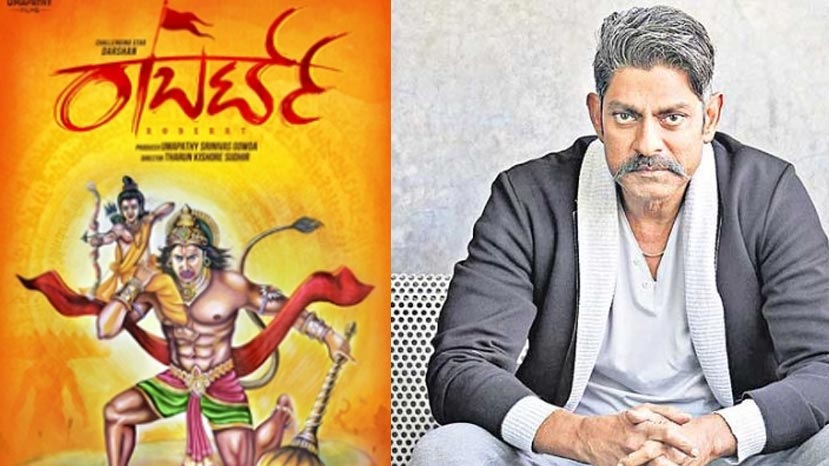 Darshan's new film 'Robert' to be directed by Tarun Sudhir was launched on Monday in Bangalore. Now actor Jagapathi Babu has been roped in to play antagonist in the film. This is the first time Jagapathi Babu is acting with Darshan.

'Robert' is being written and directed by Tarun Sudhir who had earlier directed 'Chowka'. Darshan has a very special role in this film and has already started working on the role.

Umapathi who had earlier produced 'Hebbuli' starring Sudeep, is producing the film. The heroine and the rest of the star cast is yet to be finalised. Shooting for the film will be held in Bangalore, Mysore, Vizag, Ayodhya and other places.