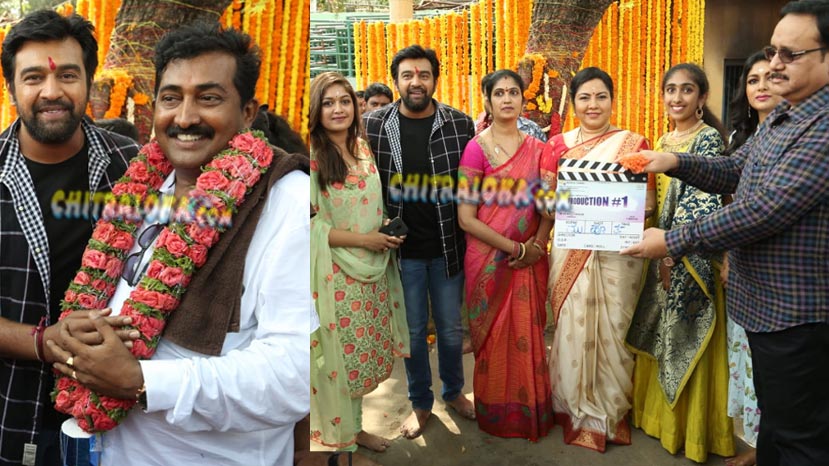 The launch was attended by many personalities from the film industry. While, Umesh Gupta sounded the clap for the first shot, Dhruva Sarja switched on the camera. Meghana Raj, Arjun Sarja's mother Lakshmidevamma, Tara and others were present at the occasion.

'Production No 1' is being directed by Shiva Tejas who had earlier directed 'Male', 'Dhairyam' and 'Loud Speaker'. H C Venu is the cameraman, while Sadhu Kokila's son Surag is the music director. The film stars Chiranjeevi Sarja, Akshatha, Amrutha, Tara, Sadhu Kokila, Dinesh Mangalore and others.