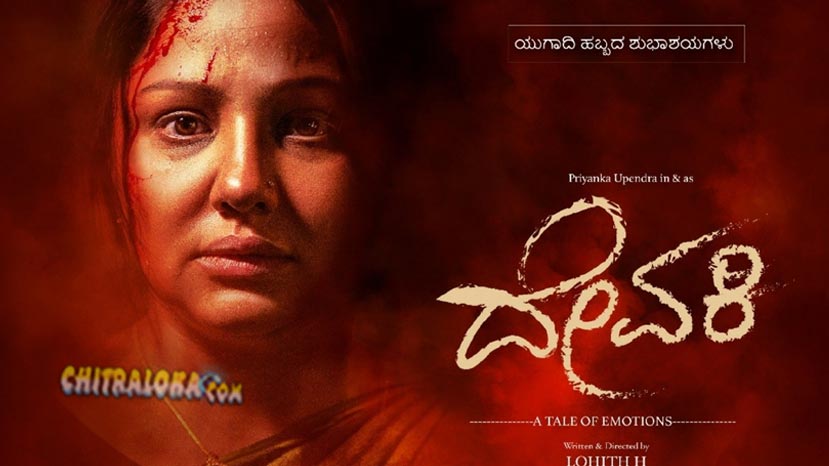 The post-production of Priyanka Upendra starrer 'Devaki' is almost complete and the film is all set to release in the month of May. Meanwhile, the distribution rights of the film has been acquired by Karthik Gowda of KRG Studios and Karthik will be releasing the film across Karnataka.

'Devaki' is being written and directed by Lohith, who had earlier made his debut with 'Mummy Save Me'. This is his second film as a director and this time also, Lohith is telling a story of a mother and daughter. But this time, the film is set in Kolkatta and most of the shooting has been done there.

'Devaki' has been made in Kannada and Tamil. Ravish and Akshay are the producers. The film stars Priyanka Upendra, Aishwarya (Upendra and Priyanka's daughter), Kishore, Sanjay Jaiswal and others. H C Venu is the cinematographer, while Nobin Paul is the music directors.