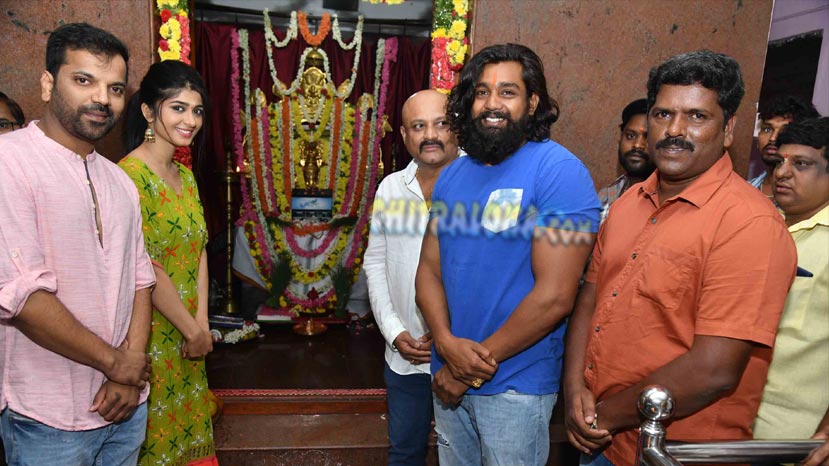 Satish Neenasam's new film 'Bramhachari' was supposed to be launched on the festival of Ugadi. Due to various reasons, the launch was postponed and finally the film was launched today morning at a temple in Bangalore.

Actors Satish Neenasam, Aditi Prabhudeva, Shivaraj K R Pet and others were present during the launch. Dhruva Sarja came over as the chief guest and sounded the clap for the first shot of the film.

'Bramhachari' is being scripted and directed by Chandra Mohan who had earlier directed 'Bombay Mitai' and 'Double Engine'. The film is being produced by Uday Mehta.