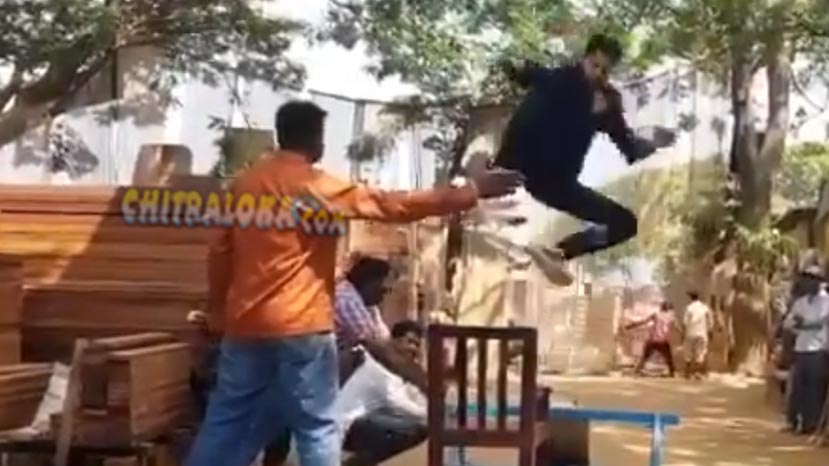 Actor Vinod Prabhakar on Wednesday was injured during the shooting of his new film 'Varada' in Bangalore.

Vinod Prabhakar has been shooting for 'Varada' for the last few days and on Wednesday the shooting was held at a timber mill in Magadi Road. A fight sequence is being shot and Vinod is injured during the fight sequence.

Vinod was immediately rushed to hospital and the actor has been advised a five weeks rest by doctors. Vinod has urged the team to postpone the fight sequence, instead has asked to continue with the talkie portions of the film.