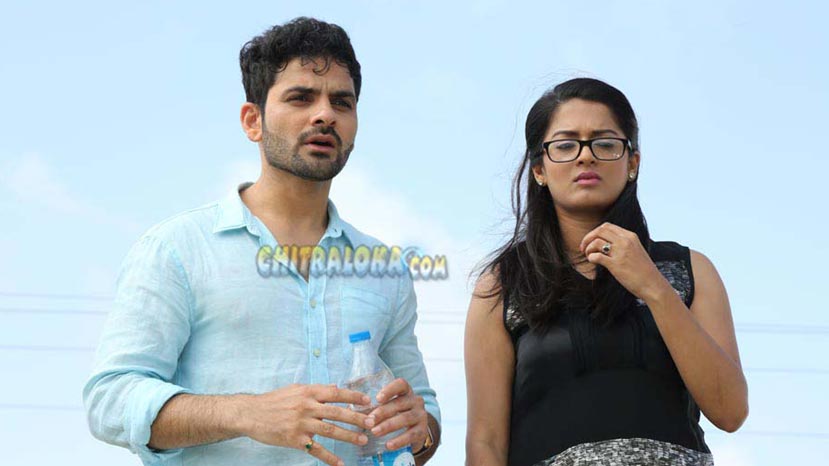 Director Raghuram who was missing in action since his last venture, is back with a realistic subject this is time. Inspired by a real life incident of a man who came back to India with a purpose, ‘Missing Boy’ depicts the emotional journey of an NRI settled in Europe, who takes on journey in search of his biological parents.

It is the tale which sets the movie apart from the regular commercial potboiler. While the content strikes the chord with the audience, the making and the performances of Gurunandan, Rangayana Raghu along with Ravi Shankar who steal the show as the journey continues with high hope on reaching desired destination.

The first few minutes of sequences are set in Europe and the director has made good use of the locations, making it look beautiful on the big screen. It takes off when Gurunandan, the protagonist starts recollecting his childhood memories before he was lost in a train and eventually lands up in an orphanage in Bengaluru. However, unclear visuals haunts him before his father finally reveals giving him a clear picture of his past, that he is their adopted son! The next one and half an hour's is about his search for his parents back in Karnataka.

Considering that it is the story which is the main hero of the film, the rest of it revolves around the central character. Keeping it close to reality, the film stays true to the core issue of a son who is desperately looking out for his parents. Rangayana Raghu along with Ravi Shankar gives the much needed boost to the ongoing search. In between, the maker has packed in the real values of life which one strives for.

Do not miss this missing boy as the real climax will certainly leave you in tears.