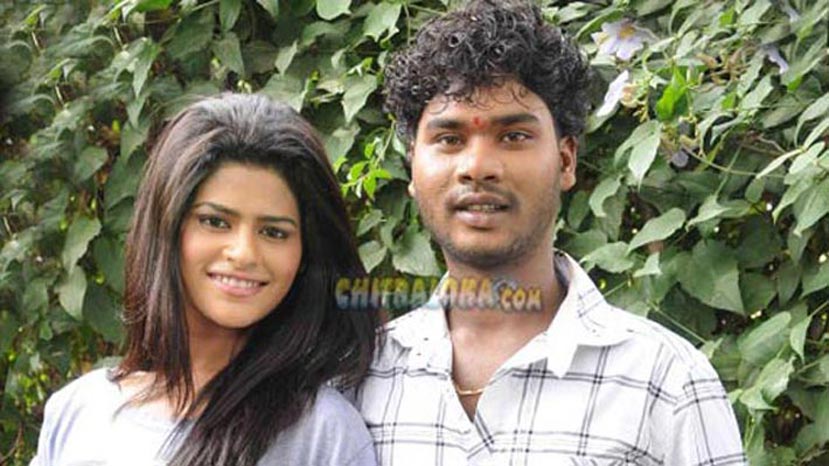 Just a few days ago Rajesh who became a sensational TV talent through Halli Haidha Pyaate Hudugi Reality programme had completed his work in his debut film "Jungle Jackie".  Later we heard that he was in deep depression because of the stalling of the release of his debut film.  He was getting treatment in a Mysoe Hospital where many bigwigs of the Kannada film industry like Puneet Raj Kumar, Darshan and others visited him.

Darshan even offered his help through his friend working in the Hospital by paying the bills. Rajesh's parents had complained that the depression was due to the disappointment he faced in the film industry.  They vowed that Rajesh will not be part of the film industry later.

But the same Rajesh was here in Kanteerava Studios on Monday morning being part of his second film "Love Is Poison' directed by Nandan Prabhu, who had directed a film like