Aru Gowda joins the list of baddies in 'Yuvaratna' 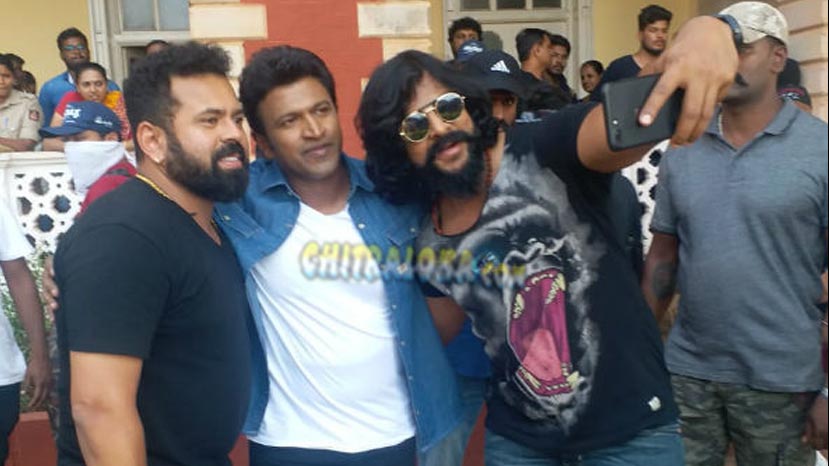 The shooting for Puneeth Rajakumar starrer 'Yuvaratna' is in full zoom and the latest to join the bandwagon is none other than actor Aru Gowda. Arun will be seen in a negative role in this film.

Aru Gowda himself has confirmed that he is acting in the film and has shared a picture with Puneeth and director Santhosh Anandaram. As of now John Kokken and Dhananjay has been roped into play negative characters in the film. Aru has joined the list of baddies in the film.

'Yuvaratna' is being scripted and directed by Santhosh Anandaram and produced by Vijay Kiragandoor under Hombale Films. Sayesh Sehgal is the heroine. V Harikrishna is the music composer of the film, while Venkatesh Anguraj is behind the camera.