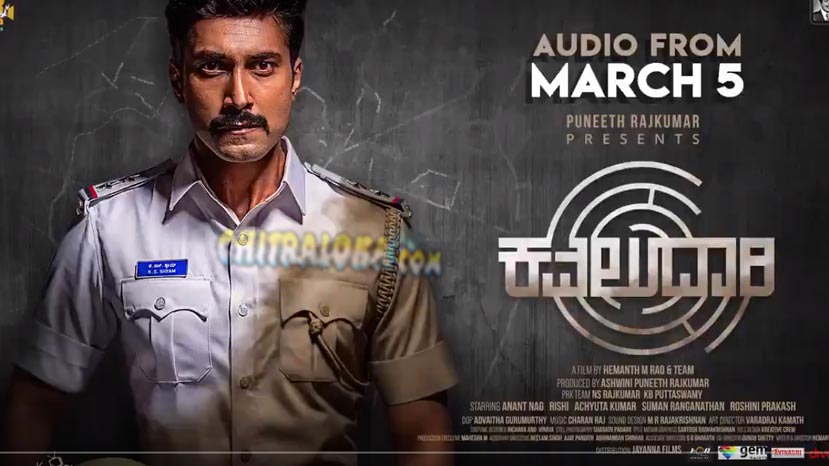 Rishi starrer 'Kavalu Daari' is complete and the film is likely to be released in the end of March. Meanwhile, the audio release is scheduled on the 05th of March. The songs of the film is being released through PRK Audio.

'Kavalu Daari' is a thriller and is being directed by Hemanth Rao of 'Godhi Banna Sadharana Maikattu' fame. Hemanth  himself has written the story and screenplay for the film. Ananth Nag, Avinash, Achyuth Kumar, Suman Ranganath plays prominent roles in the film.