Gokul Films Buys Distribution Of Chambal For A Great Price 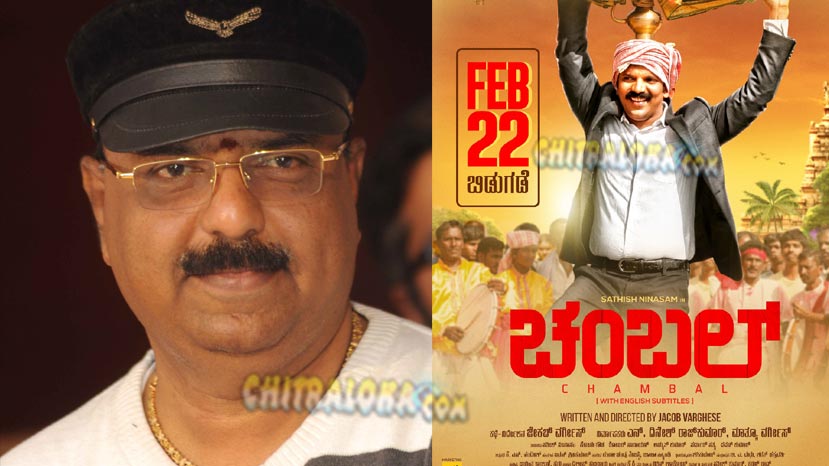 One of the leading film distributors in the state - Gokul Films, which has distributed several big banner and big star movies including non-Kannada movies of that of Super Star Rajinikanth and many others, has secured the distribution rights of Jacob Varghese's directorial ‘ Chambal’.

According to the makers, Gokul Films has offered a good price for the distribution of the movie in the state. Earlier, the movie starring Sathish Ninasam and Sonu Gowda, was in news for Rs 10 crore offer by Netflix, which the team rejected it while opting for a theatrical release.

Though the director and film team have maintained that the movie is not about IAS officer late D K Ravi, the movie has certainly evoked enough attention with Sathish playing an IAS officer with striking similarities to late Ravi in the trailer.

With three days to go for the release on Feb 22, the distributors acquiring the distribution right for good amount shows the confidence about the content and making of the movie, for a guaranteed success.