Then Lucia, Now Chambal for Movieland 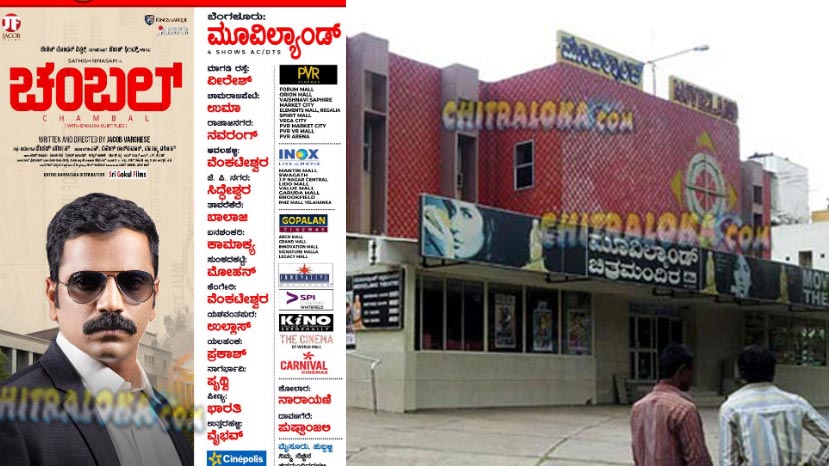 Six years ago, sandalwood witnessed one of its first crowd funded film directed by the talented actor turned director Pawan Kumar. With no huge expectations, Lucia was released in Movieland theatre, which is known for its non-Kannada releases.

The film gave two promising stars for the industry - Sathish Ninasam and Sruthi Hariharan, who both went onto establish themselves as popular actors. Now, history repeats for Sathish. His most anticipated venture 'Chambal’ directed by Jacob Varghese, is set to release in Movieland theatre in Gandhinagar this Friday. Ironically, the music for Chambal is composed by Poornachandra Tejaswi, who scored for Lucia too.

Chambal will see Sathish in a white collar role as a IAS officer and it is alleged that it is inspired by IAS officer late D K Ravi. However, makers are tight lipped about the Ravi connection with the movie. Lucia ran for 70 days after it released, and with the kind of hype and anticipation around Chambal, Movieland is set to witness another century run.