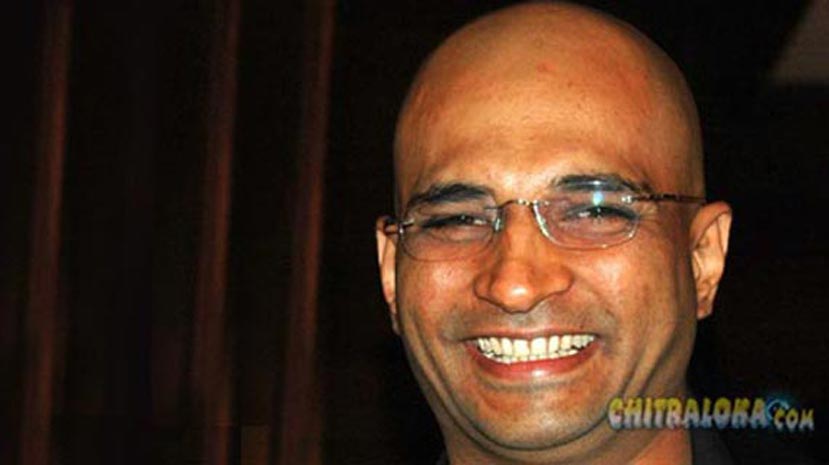 Indrajith Lankesh is certainly one of the most well informed director who makes films for a target young audience and has some stylish presentation in films. After directing Upendra and Deepika starrer Aishwarya, the bald director took a long time to direct a film. Meanwhile, he had directed a Hindi film Shaadi Ke After Effects for producer Kheny which has run into controversie and even legal tangle. But when some of his fans in the Kannada film industry are happy that the director has now returned to films by taking up a film like Thunta Thunti. the director is hesitant to share information with the media.

The whole Kannada film industry knows that the handsome director has just now started shooting of his film Thunta Thunti in Goa and already shooting of three days has been complted. Earlier the rumours in the industry were that the Indrajit would start the film with Ganesh as the hero, but now suddenly Dhyan has been selected. Sada has been chosen as the heroine of the film. The shooting has been going on in Goa.

Surprisingly though Chitraloka Mega Portal did carry the news about Thunta Thunti first and later some news papers had also published about the new film with Dhyan and Sada, the director himself is not interested to share any information. Being a journalist himself, Indrajith should be aware of the fact that Journalists have various sources to collect information. Though he has not revealed anything about the film, Chitraloka portal and some enterprising reporters from newspapers have been able to obtain news about the shooting of the film. But when he is contacted with this information, Indrajith is wary of sharing any information of his new film.

Indrajith's peculiar behavior has really baffled some of his own friends in the media. May be it might be another type of silent publicity.