Three Songs Of 'I Love You' Released 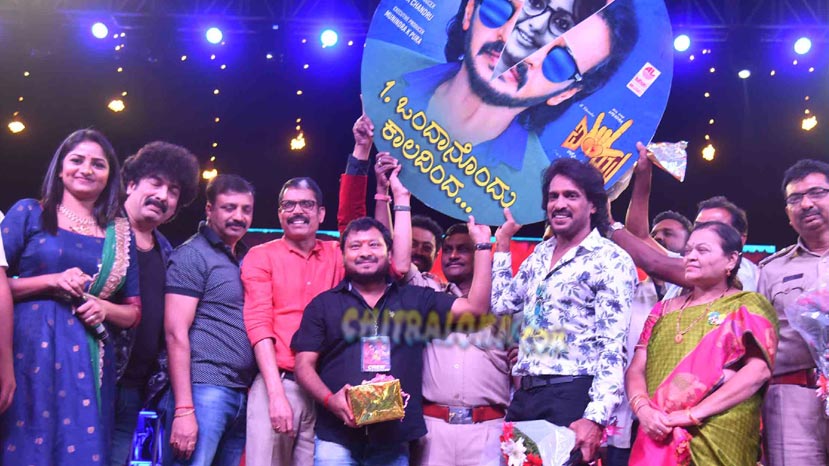 i Love You Audio Launch

Three songs of Upendra starrer 'I Love You' was released at the High School Grounds in Davanagere recently. Upendra, Rachita Ram, Sonu Gowda Gurukiran, Lahari Velu, director R Chandru and others were present at the occasion.

'I Love You' has six songs out of which, only three songs were released. The other three songs of the film will be released in Mandya on the 18th of February. Of the three songs, one is composed by actor turned music composer V Ravichandran.

'I Love You's is being written and directed by R Chandru. Apart from direction, Chandru is also producing the film. Sugnan is the cameraman. The film stars Upendra, Rachita Ram, Sonu Gowda, Bramhanandam, Sayyaji Shinde, Ravi Kaale and others in prominent roles.