It's Silver Jubilee For Dr.Rajkumar Road 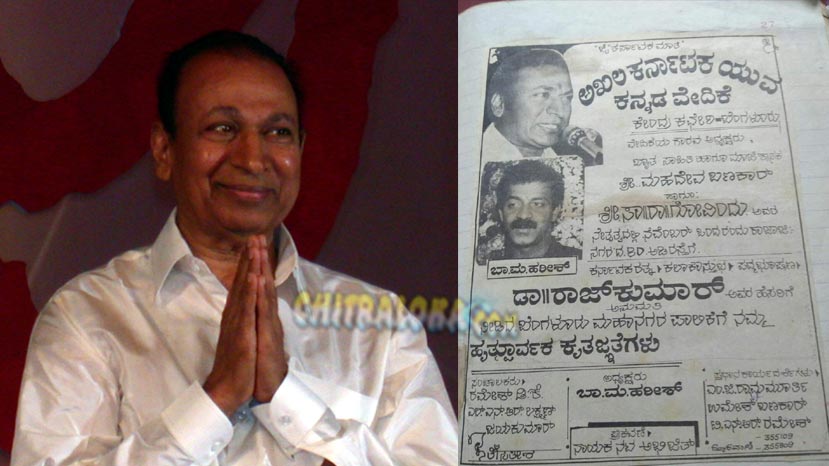 On this day, twenty-five years ago, the then Bangalore Mahanagara Palike (BMP) named one of the earliest 80ft roads in the city, after Karnataka Ratna Dr. Rajkumar. It was in the month of January in 1994, a huge procession was held to celebrate the decision to name the road after the Kannada thespian.

Several prominent personalities from the film industry, Dr. Rajkumar fans association, the heads of pro-Kannada organisations spearheaded by Mahadeva Banakar,  Bha Ma Harish, MG Ramamurthy, Sa Ra Govindu,and several others had proposed to the then Palike to name the road after the legendary actor.

Following the Palike's approval to name the road, the entire Dr. Rajkumar fans across the city held a procession and programmes in the honour of Annavaru.

A snapshot of the poster published by actor Abhijith depicts the celebration mode soon after Palike's approval to name the road. In the poster published on behalf of Akhila Karnataka Yuva Kannada Vedike, its president Mahadeva Banakar, writer and politician along with Sa Ra Govindu are seen expressing their gratitude towards palike for permitting to name the 80ft road after Karnataka Ratna, Kala Koustabha and Padmabhushana Dr. Rajkumar.

Apart from this one, a few years ago, 11.5 kms stretch on Outer Ring Road (ORR) between Nayandahalli junction to Tumakaru Road was named as Dr. Rajkumar Punya Bhoomi Raod. Recently, the South End Road has been named after the legendary actor's wife and producer Dr. Parvathamma Rajkumar.