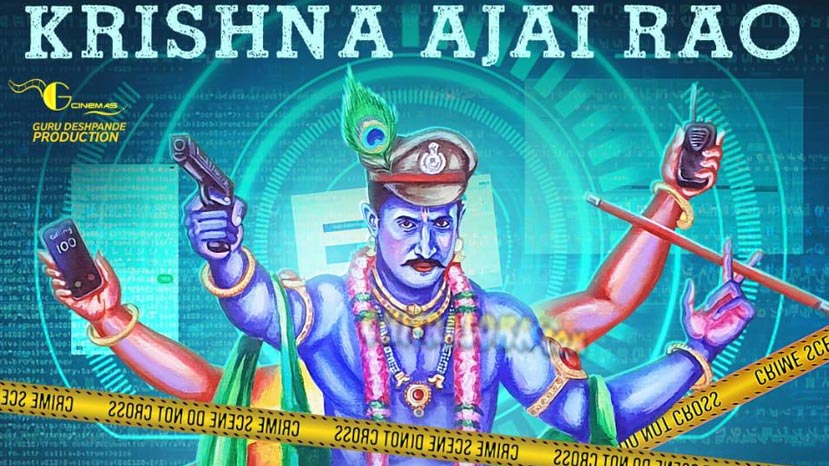 The first look poster of Ajay Rao's new untitled film has been released today. The actor is celebrating his birthday today and the team has released the first poster wishing the actor.

Though the title of the film has not been revealed yet, Ajay Rao's character has been released and Ajay plays the role of a police officer in this film. Ajay is depicted as a god with multiple hands and a feather on his head.