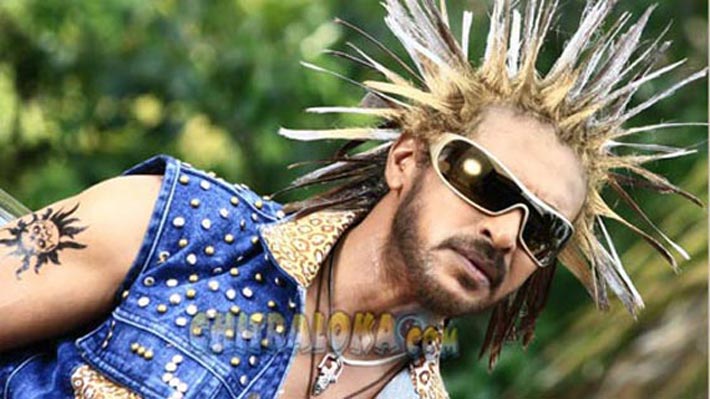 The music of Upendra's new film Super has become the favourite of pirates. The audio of the film has been uploaded on some websites just hours after it was launched a couple of days ago . On Tuesday, producer Rockline Venkatesh, audio rights owner Madhu Bangarappa and Chitraloka.com editor KM Veeresh addressed an emergency press meet in Bangalore about the development.

Complaints have been filed in the Rajajingar police station, Seshadripuram police station and the Cyber police wing. The audio of the film was illegally uploaded on kannadaxxxxxx.com and bangalorelxxxxxxx.com . "I have not given permission or rights to anyone to distribute the audio. This is plain piracy and illegal activity. When I have paid so much money to buy the rights of the audio, these people steal our music. I will then have to pay the producer less money because I cannot sell. We have to stop these pirates," Madhu Bangarappa said.

Rockline Venkatesh said that serious action should be taken against these websites and pirates who are damaging the Kannada film industry with their audacious and blatant act of thieving. "They have copied the music just hours after the audio was launched. They are damaging our prospects and we will not sit quiet. Our squad of people will search for pirated audio and inform the police.

KM Veeresh editor of chitraloka.com showed the websites which are putting pirated songs on their websites and thanked Rockline Venkatesh and Madhu Bangarappa for coming forward to fight against the piracy.

There is a need for the Film Chamber to step in and protect the interest of all Kannada films in regards to piracy. We need to set up squads of film personalities to check instances of piracy with the help of police," Rockline Venkatesh said.

Police have assured to take sever action against the websites who are illegally putting the songs. The offending website went offline just one hour after the emergency press meet.