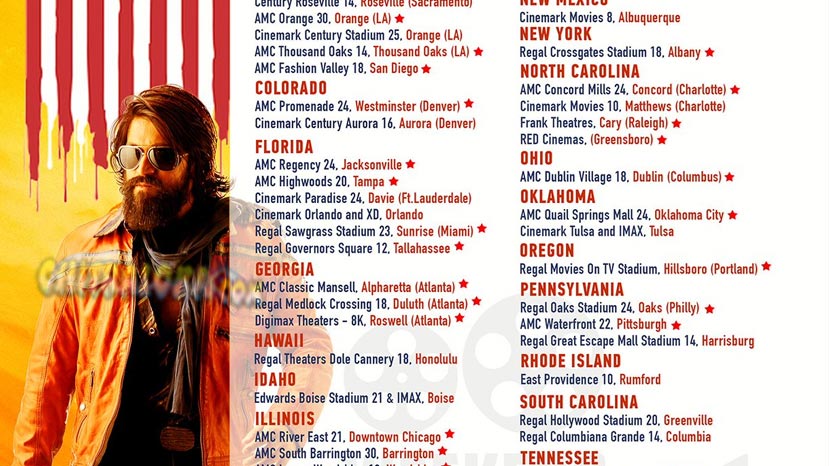 Sandalwood's sensation KGF is just a day away from penning a new chapter in the history of Kannada movies, as it set to release worldwide on a grand scale! In India alone, the magnum opus directed by Prashanth Neel starring Rocking Star Yash produced under Hombale Films of producer Vijay Kiragandur is opening to at least 2000 screens, in five languages, which is a first for any Kannada film.

Insofar as United State of America, which is one of major market for Indian movies abroad, is also gearing up for a red carpet reception for KGF.

“In USA alone, KGF is releasing in at least 34 states to 84 screens of which a majority will be premiere shows on Dec 20 (in U.S.). The first chapter of KGF will be releasing in Kannada, Hindi, Telugu and Tamil in the U.S.,” the sources said.

The Kolar Gold Fields (KGF) which is set in the late 70s and early 80s, is a period drama revolving around one of the bloodiest episodes with KGF being the epicentre.

Meanwhile, advance bookings are in full swing with tickets being sold like hot cakes in Bengaluru and in rest of the state. Barring a few multiplexes, the advance ticketing in some major multiplexes are yet to open. Indeed, a big Friday for not just KGF, but for the entire sandalwood. Do not miss KGF's Rocky in action at a theatre near you tomorrow with shows starting as early as 4 am!