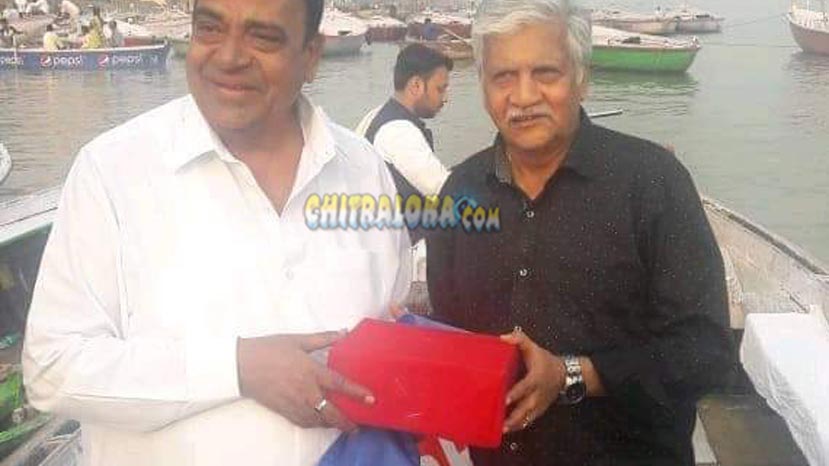 Director Rajendra Singh Babu and actor Doddanna visited Kashi/Varanasi to immerse the ashes of Ambareesh in the Ganga river there. Singh Babu who introduced Ambareesh as lead actor in the film Antha in 1981 considers him his brother.

Ambareesh acted in other Singh Babu films before Antha and the two continued their careers over the years. When Singh Babu launched his son Aaditya in films as an actor Ambareesh supported them. Rebel and Ambi were films Aaditya starred in. The titles were a tribute to Ambareesh. Doddanna has shared a long working relationship with Ambareesh both in films as well as in the development of the Kannada Cine Artistes Association.

Ambareesh was the President and Doddanna the workhorse who camped in Chamrajpet to complete the building.