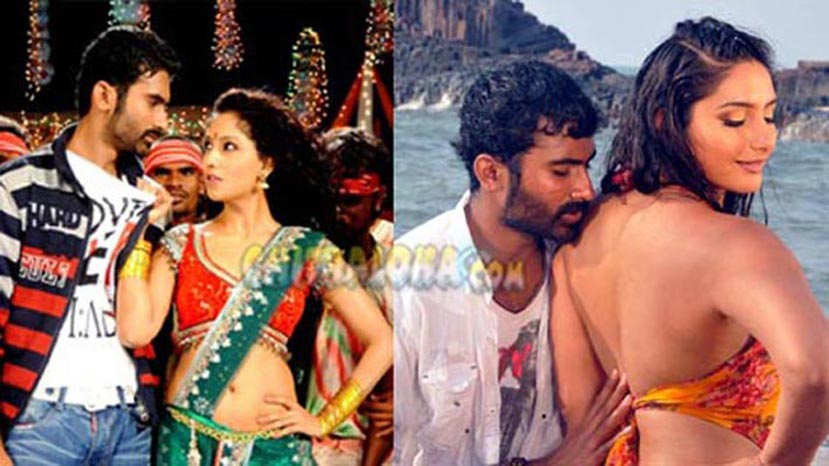 Actor Yogi's two films are now ready for release, out of which one of the films "Jinke Mari' is a remake. This film which is a remake of Manchu Manoj's Telugu Hit "Bindaas' directed by Naveen and produced by Mahesh Balakundri. The other is based on an original script written by Ma Chandru titled as "Bangari' in which Yogi is paired with Raagini. The film is produced by Ellappa.

The major point as to why producers of these two films are trying to get their films released is that the prospects of the much expected film "Yaare Koogadali' directing by Samuththriakani hitting the screens by December end or early January are brighter now. Yaare Koogadali has Puneet Raj Kumar and Bhavana in the lead, while Yogi is playing second fiddle for Appu in the film.

Since Yogi's recent film "Kalaaya Thasmai Namaha' directed by Chandrashekhara Srivastava was a disaster in the Box office, there is also much fear that his next release may not get a good opening. But however producers of Bangari and Jinke Mari appear to be confident of the quality of their products and may try to squeeze in their releases by November end or early January.

Meanwhile, Yogi is now busy shooting for his film Ambara in which he is paired with Bhama. An action sequence was shot for the film recently.

One major problem with all the films of Yogish except "Yaare Koogadali' is that none of the films have been sold for Satellite rights yet, because the channels have now decided to purchase the satellite rights of only Six top heroes or the films that feature a strong producer or a well known director, some of Yogi's films are lying unsold for Satellite rights. Therefore the release of films may find some road blocks as of now, or the film may get released only if the producer is stronger enough to get his films hit the screens on his own.