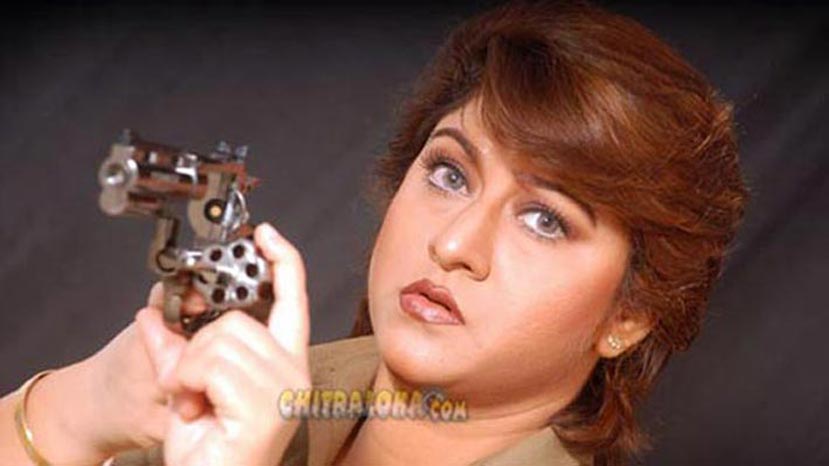 Kannada film industry's dynamic heroine Malashri has now chosen to work for a different production house after a gap of fourteen years. Hitherto she was working in only the films made under her home Production banner. Now she has started working for producers Shankare Gowda and Shankara Reddy who have combined to make a film titled as "Gharshane'. The film is to be directed by Dayal Padmanabhan who is now taking up directing a full fledged action film for the first time in his career. The film was launched in the Kanteerava Studios.

"I could understand well that I had to impress Malashri with a very good story as she was working for a producer outside her banner after a long gap. I went with a story line which was contemporary; issue based and also had enough of scope for histrionics and action.

Malashri was impressed with a story line and I said I will further strengthen the script. I can call this film as a sensible commercial film' said Dayal Padmanabhan. Dayal said that there is some sentiment and also a message in his film.

Dayal has chosen Journalist Shyam who works as an Entertainment Editor in Bangalore Mirror as the dialogue writer of the film. Arjun Janya is the music director.

Shankare Gowda and Shankare Gowda had earlier joined to make a Tamil film with Sharath Kumar which did not take off. However the combination of these producers will now be making an action thriller in Gharshane.

Malashri said that she had taken a longer time to decide about working in a different banner, but after hearing the story, she had felt that it was worth it.