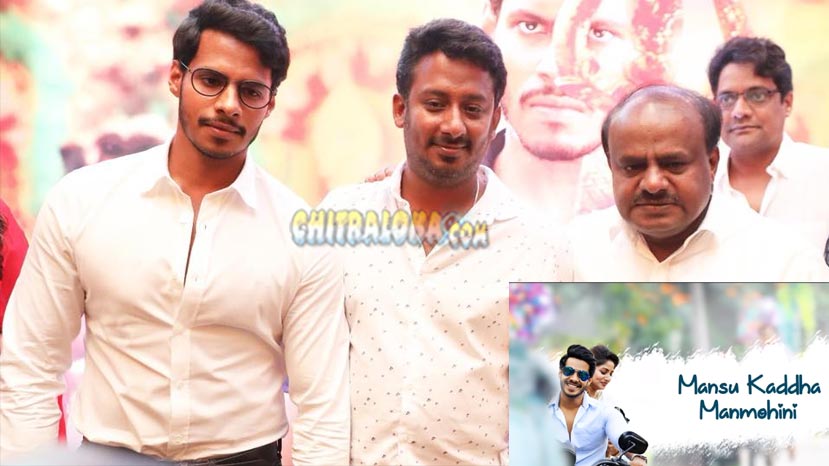 Produced under the Channambika Films banner, Mr Kumaraswamy along with his wife Mrs. Anitha Kumaraswamy, Ramanagara MLA are presenting their son's second venture directed by choreographer turned director A Harsha.

The chief minister who has released the lyrical video song ‘Ninna Raja Naanu, Ninna Rani Naanu,’ a romantic number from the movie which features Nikhil Kumar along with the beautiful Rachitha Ram. The song composed by Anup Rubens has been performed by singing sensation Armaan Malik to the lyrics penned by V Sai Sukunya.

Further, Mr Kumaraswamy has thanked the Kannada movie lovers and seeks for their continuous support and love as the most anticipated movie is inching towards release in the coming days.