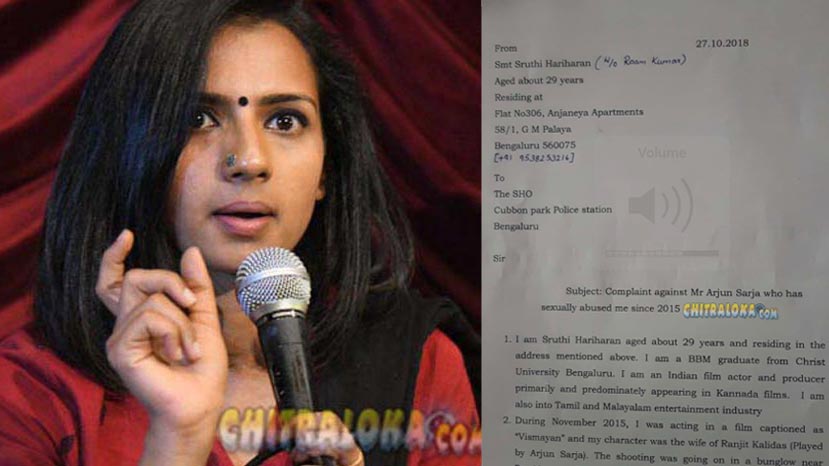 Actress Shruthi Hariharan has filed an official complaint with the Cubbon Park Police Station against Arjun Sarja. This comes a week after a allegation on social media about her Vismaya co-star. The actress also held a press meet as part of the FIRE organisation after that. The complaint repeats the allegations she made earlier that Arjun Sarja sexually abused her during the shooting of the film 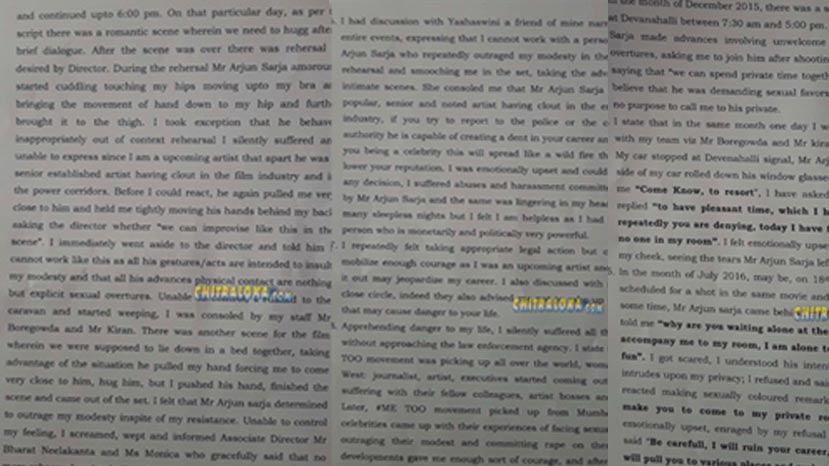