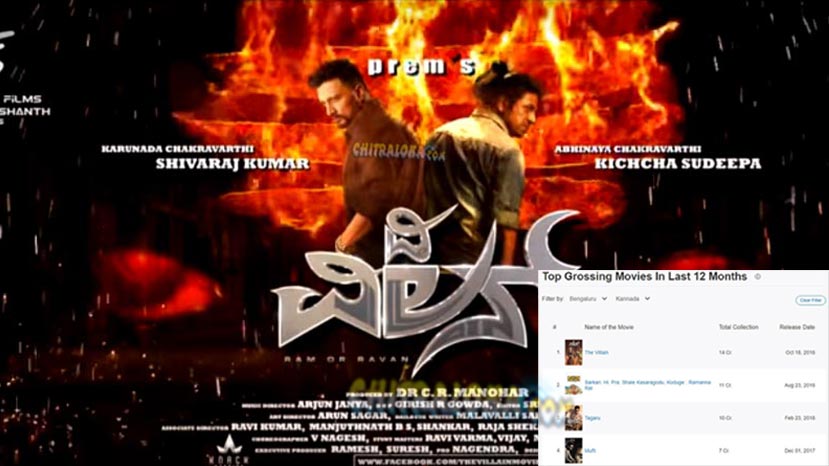 The Villain has already become the highest grossing Kannada film of the last 12 months in the Book My Show box office collection report. It has surged past the other high grossers of the year within one week of its release. According to BMS The Villain has grossed Rs 14 crore going past Sarkari Hiriya Prathmika Shaale with Rs 11 crore and Tagaru at Rs 10 crore.

BMS however clarifies that it is its inhouse research and it cannot claim complete authenticity. The film producer CR Manohar had said earlier this week that the film had collected a gross of Rs 60 crore in the first four days of its release. The film has released in 450 single screens across Karnataka apart from multiplexes. The film has also released across India and in north America.

The Prem directed multistarrer with Shivarajkumar and Sudeep in the lead is all set to become the first Kannada film in the Rs 100 crore gross club the makers have said.