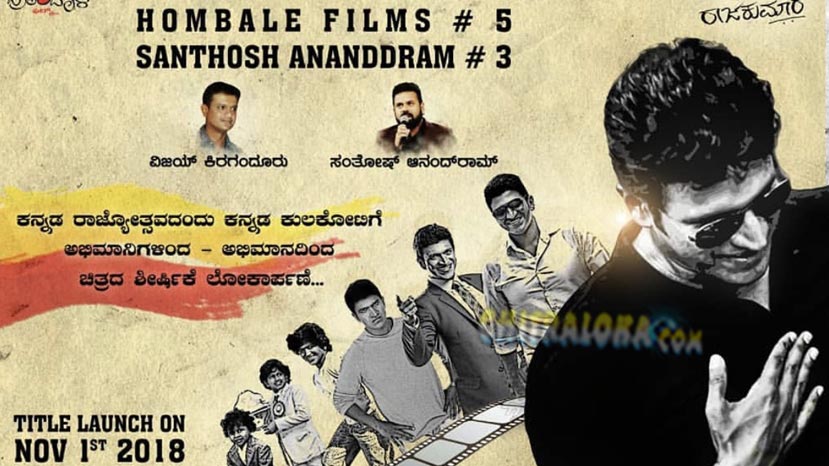 The title launch of Puneeth Rajkumar's 29th film is scheduled for November 1. The film marks the coming together of the hit combination of Puneeth, director Santhosh Anandram and producer Vijay Kiragandur.

The three were part of the all time industry hit Raajakumaara. While the producer has gone on to make KGF and Puneeth other films after that, director Santhosh Anandram has been working on the reunion film ever since.

This will be Anandram's third film as director, Hombale Films Vijay Kiragandur's fifth and Puneeth Rajkumar's 29th. It has been announced that a fan will release the title. Who the fan it is has not been revealed.