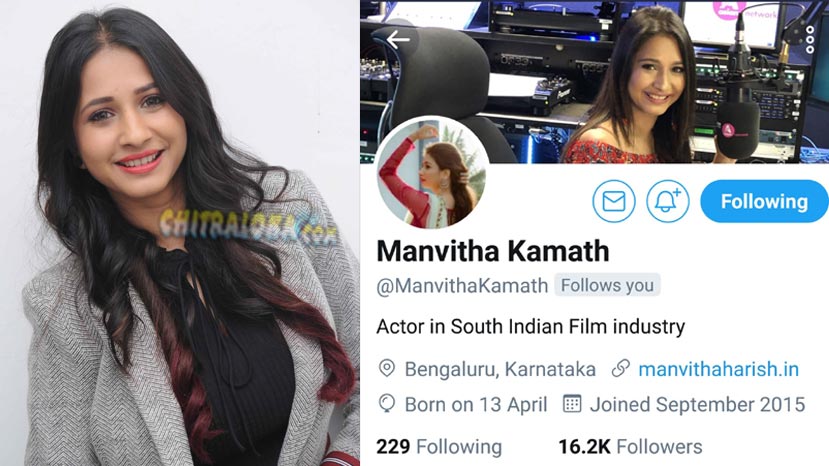 Her social media handle also now mentions her as Manvitha Kamath which has been picked up by the media. But since her personal site, ManvithaHarish.in  still carries the earlier name some fans are confused. But the reality is that Manvitha has not changed her name at all. She has been using her father's name as her surname. Her father's full name is Harish Kamath.

So instead of his first name as her surname she is now using the family name as the surname. The Kendasampige and Tagaru actress has as many as four projects going on simultaneously and will be seen a lot more on screen shortly. Tagaru meanwhile was re-released yesterday.