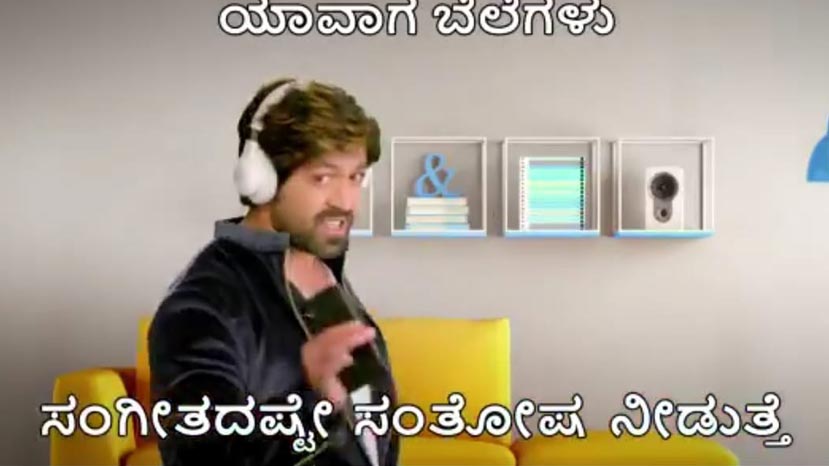 Yash has been roped in by the online retailer Flipkart as its brand ambassador. Yash thus joins the list of Kannada stars who have endorsed big national brands.

Sudeep, Puneeth, Ganesh and Shivarajkumar have endorsed brands from mobile phones to colas. Flipkart, Amazon and Snapdeal are the leading online sellers in India and are involved in a fierce fight for marketshare.

Flipkart choosing Yash is a salute to the actor's popularity that the brand wants to piggyback in Karnataka. Yash's famous 'AnnTamma' phrase which has become sort of his trademark for the past few years is used in the advertisement that Flipkart has released ahead of the holiday season.