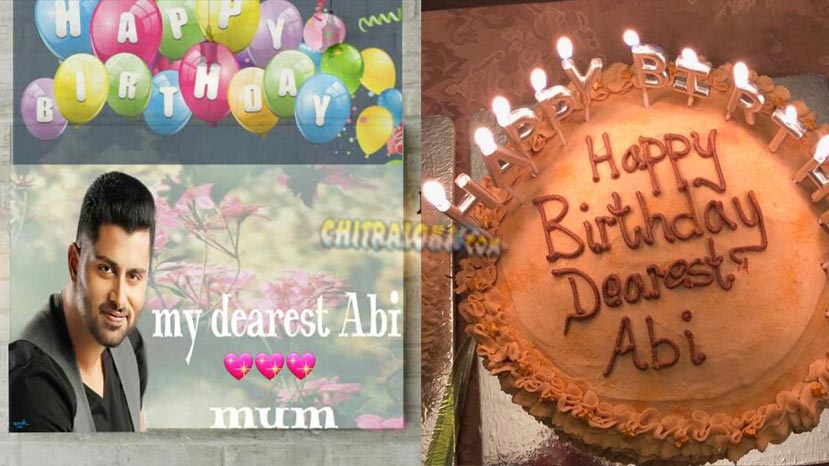 Sumalatha's Wishes to Abishek on His Birthday

The junior rebel star, Abhishek, son of star couple - Rebel star Ambareesh and multilingual actress Sumalatha Ambareesh, who is all set to make his debut as an actor, turns an year old.

The ‘Amar’ actor seems to have had a blast on his birthday, and as usual it was his dearest mother Mrs Sumalatha Ambareesh who took to various social platforms wishing her son, to make it even more special.

She wrote it on twitter, “To my darling baby, Wishing you success and happiness in everything you do, love forever.” She even posted the photo of the cake along with it.

Abhishek, who is busy with his debut film 'Amar’, which is being directed by Nagshekar, will soon head to Switzerland to shoot for an action sequence. He is paired opposite Tanya in it. Chitraloka wishes Abhishek on his birthday, a prosperous and successful year ahead.